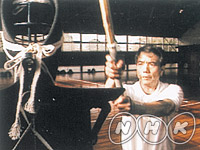 Japanese fencing, kendo, combines sport with art, and entrance into the hierarchy is dependent upon passing a gruelling examination. Two professional kendo practitioners, Kenichi Ishida and Kai Miyamoto, walk us through the finer points of this martial art as several candidates compete during the one-day hachidan qualifying exam. 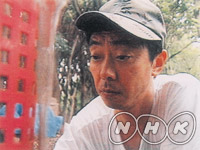 Exploring the secrets of the insect world

Mt. Otowayama outside of Kyoto is home to the green gold beetle, which lays its eggs in the excrement of other animals. Akio Hoga has been studying this insect off-and-on for 30 years on his own, in an attempt to document its life cycle over one season. Pressed by family and work obligations, he has had to put his interest aside several times. However, encouraged by his two daughters, he sets off for Mt. Otowayama to see if he can replicate the results of his artificial breeding experiments and solve the mysteries of this beetle's cycle.

Alone to the North Pole 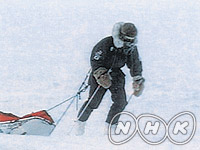 A journey to the top of the world

While most people only dream of traveling to the North Pole, Hyoichi Kono puts these dreams into action. After circling the globe on a bicycle, walking across the United States and Africa, and scaling mountains, Kono decided to become serious and tackle the 750 kilometer walk from Resolute in the Canadian Arctic to Wardhunt Island. Five hundred kilometers into his journey - fighting whiteouts, drifting ice, blizzards and fissures along the way - Kono is about to give up. However, Kono bounces back and accomplishes his goal, reaching the North Pole in 60 days. 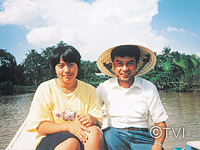 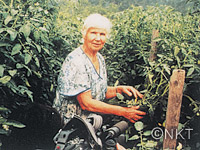 This program follows the painful separation between Klaudiya and Yasaburo Hachiya, who lived together for 37 years in the Russian Far East after being falsely imprisoned and exiled to Siberia. After the fall of the Soviet Union, Hachiya discovered that his wife and daughter in Japan were still alive and he has since gone to live with them. Klaudiya, now 77, writes to him, "I have now fully come to terms with us being apart. There was no way I could think only of what I wanted if that meant you would be sad. I wish all of you in Japan every happiness ..."