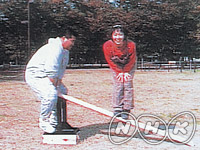 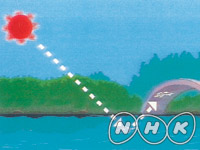 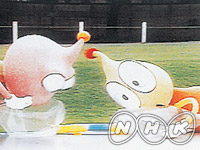 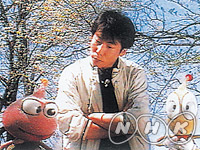 This NHK-produced science series of fifteen-minute programs was made for children aged seven and eight and aims at developing their awareness of and sparking their interest in science. Following the activities of the series' host, a young man named Hiko, and his two puppet friends named Pac and Poli, young viewers are introduced to the wonders of the physical and natural worlds through Hiko's simple experiments, the planting of a vegetable garden and the characters' adventures in fields and woods and at the seashore among other activities. Special video segments, many of which use stop - motion filming, enable the viewers to observe the lives of various creatures and the sprouting of seeds among other interesting aspects of nature. Each of the series' programs has an enjoyable story line to catch young viewers' imagination and attention even as they are exposed to the scientific method and develop a basis for a deeper study of science.