Together with five mothers, Mrs.Arakawa continues to make stone buddhas, which are believed to make a wishes come true, for children who are unable to do anything by themselves. The program portrays the hardships of families and neighbors who support the handicapped, as well as mothers' love toward their children.

"Workshop-Nobiro and Noboru's Store" is a store which Nobiro School, an institute for the mentally disabled, made for Mr. Takahashi with the cooperation of people in the community.

Ms.Michiko Abe (37), who has continued to struggle with cerebral palsy since the time she was born, says that she was an "ever smiling clown". The program deals with independence in handicapped people. 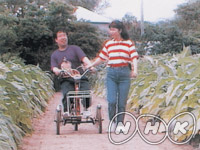 The program shows Mrs.Yamamoto, who claims that "her son helped to strengthen the family bond", with her family as well as with the children of an institution.

The School with No Blackboard 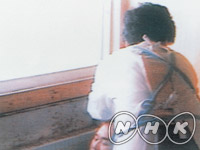 Mr.Yoshiyuki Odajima (55), whose arms and legs were paralyzed due to rheumatic fever, opened a school for junior high school students. The policy of this school is "Not to teach, but to learn together".