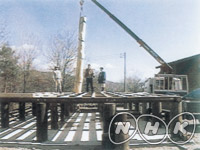 The area surrounding the Japanese Southern Alps has become a haven for city dwellers seeking an escape from the pressures of city life. This influx of new part-time residents encouraged Saburo Shimizu to expand his sawmill business to include assisting others to build log cabins for holiday homes.

Japan Sketches | Run Your Own Way 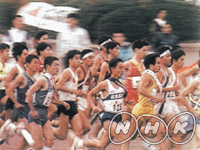 Former Olympic marathon runner Takemichi Nakayama is just as unconventional in retirement as he was on the track. Once one of the world's top runners, he finished fourth in both the Seoul and Barcelona summer olympics, Nakayama chose to teach at a high school and university in Osaka whose track and field athletes never thought they would be on the path to glory. As he takes the high school running team through its qualifying rounds for a regional long-distance relay race, the team discovers that the secret to success lies within themselves. 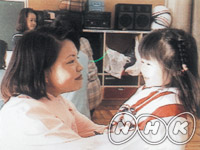 Phan Dhi Nhung, Yamato City's first foreign teacher, must devise ways to reach the 120 children at her nursery school, many of whom are newly-arrived immigrants who are not familiar with either the language or the customs of Japan. This program follows Phan, herself a refugee, as she helps children adapt to their new surroundings. 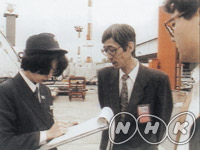 In her role as an animal inspector at Tokyo's Narita International Airport, Hideka Seto must make decisions which affect the lives of both people and animals. A 24-hour, 365-day a year operation, the animal inspector's office exams all types of animals - from livestock to dogs - to ensure the health and safety of other animals and people in Japan. 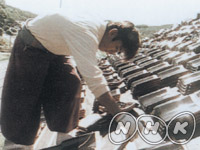 Bungo Hisaka divides his working time between cormorant fishing, which has a 400-year history, and roof tiling. Both these jobs require total commitment year-round, and the 24-year-old will soon have to choose one which will offer the most satisfaction throughout his life. This decision affects not just Bungo, but his family, friends and community.