For a Sustainable World – Responses to the COVID-19 Crisis

Community Development through Learning
Eight Years of Progress in Gojome

The town of Gojome in Akita Prefecture has set itself the goal of becoming the “World’s Best Place for Raising Children,” and is working towards this objective through three-way cooperation between the private and public sectors and academia under the leadership of local citizens. Initiatives include workshops with local citizens to gather ideas for rebuilding a local primary school, a system for welcoming children from other parts of Japan to study in the town, and access for young residents to online degree courses offered by an outside university. The author relocated from Tokyo to Gojome to cooperate with this project and, now in his eighth year in the town, manages the community development association. This paper, written from the perspective of a resident, describes Gojome’s approach to reforming the structures of learning, and how change is being realized according to this vision. It considers the activities now being conducted and their prospects.

1. Encounter with the Town

2.1 The Accumulation of Learning Initiatives during the Past Eight Years in Gojome

Various, small-scale initiatives related to the concept of the world’s best place for raising children commenced in 2014. Looking back over the past eight years, all of these initiatives emerged from certain common elements. As described in Transition Theory (Geels, 2002), each began as a niche innovation, then adapted to societal requirements, and was systematized through adoption by governmental agencies. The series of small initiatives within the community accumulated, and local society responded by adapting to the changes.

Meiji University x Gojome Senior High School – Thinking about Me in 2030 (A career development program for upper secondary school pupils and the general public)
Mode: Linkage between senior high school pupils and a university outside the prefecture
Outline
This workshop was organized for participants to consider how society would change and what they might be doing in 2030. A university student facilitated the discussion for 10 senior high school students, who first imagined how society might have changed by that year and then addressed such intangibles as what their own lives might be like, and how schools may have changed. The pupils prepared for this event for roughly half a year beforehand, including through study meetings with the university student via the internet, and their prepared viewpoints and questions proved most fruitful for deepening the discussion on the day.

This long-term exchange between local senior high school pupils and a university student outside the prefecture produced a rich further accumulation of experience. Rather than being limited to members of the student council only, the program involved all pupils in that particular school year and their class teachers.

2.2 A Local Attempt to Change the Structures of Learning

Eight years of activities in pursuit of the goal of turning Gojome into the “World’s Best Place for Raising Children” have taught townspeople they can change their community through their own efforts. They know now that learning involves everyone, and everyone has opinions to share. Far from insisting on any single method or mode of learning, and irrespective of ideology or assertions, the sharing of views on how to make the basic educational environment more attractive produces mutual benefits for each other’s activities. It has been realized that a community development association should not assert any single viewpoint but needs instead to increase the number and range of educational options. We turn now to what the community development corporation is doing to reform the educational environment on the basis of this accumulated experience of the past eight years.

3. Discussion: Laying the Foundations for a Town that Keeps on Learning

3.1 Constructing the Process for the Vision to take Root in the Community
The citizens’ learning-based activities of the past eight years are shown in Figure 3. On the basis of this chart, Figure 4 shows how the activities have together expressed a single vision. 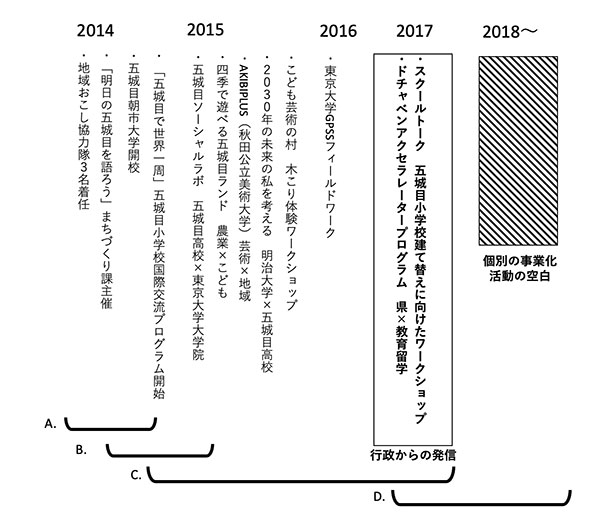 Figure 3: Chronology of activities in Gojome

2018 –
Moving on from particular projects

3.2 Nurturing the Confidence that Local Change is Possible

As the vision set down roots in the community, the turning points came with the advent of transmission by the local authorities and the transformation of particular projects into standing operations. These two advances have brought local residents opportunities to discover a burgeoning awareness that they do have the power to change their community through their own efforts.

On the basis of the accumulated experience of the past eight years, the author has realized the following points with respect to the town of Gojome and its future:

Born in Nerima, Tokyo, in 1986, Yanagisawa graduated from the University of Tokyo Graduate School and worked for an IT company, Gaiax, prior to moving to the town of Gojome in Akita Prefecture in 2014 as a member of a local development team. Working from the Babame Base (Gojome Community Development Center) at the former Babame Elementary School, he helped launch various initiatives aimed at changing residents’ perceptions of their town. Projects coordinated included a consulting initiative for primary and traditional industries, a social laboratory for senior high school pupils to consider their community’s future, and an art management nurturing program in partnership with Akita University of Art. Yanagisawa became the founding director of Dochavengers General Incorporated Association when it was established by local companies and residents of Gojome in November, 2017, and has also managed the Babame Base since April, 2018.