Educational Content in the Developing Countries : Its Role and New Possibilities

The Sakura Girls Secondary School, in the village of Arusha at the foot of Mt. Kilimanjaro, opened in January 2016. It has about 200 pupils, all of whom are boarders. It was founded by the late Sumiko Iwao, a professor emeritus at Keio University, whose lobbying secured the cooperation and assistance of the Japanese government, businesses and private individuals.
It is common in many African countries for girls to marry after finishing primary education, between the ages of 10 and 15, a practice that has been termed the “reproduction of poverty.” The school seeks to bring change by nurturing creative female leaders who have a strong command of scientific and other technical subjects. With support also from the Hoso Bunka Foundation, 623 Japanese TV programs, including many held by JAMCO and NHK International, have been provided for use as classroom teaching materials. The school has now been open for three years. This report assesses the current situation regarding the TV programs’ use, issues, and areas where improvement is needed.

The assistance project makes use of Japanese TV programs in the classes of a secondary school for girls in the African country of Tanzania with the aims of enriching lessons, nurturing creative female leaders who have a strong grasp of science and technology, and promoting knowledge and understanding of Japan.

Secondary Education for Girls in Tanzania

Primary school in Tanzania is followed by four years of Ordinary Level and two years of Advanced Level secondary education. The ratio of girls to boys tends, however, to be low in the higher schools because girls are frequently expected to perform many domestic tasks in the home and must often marry and bear children at a young age. These demands deny them opportunities to learn and participate more widely in society.

The SGSS Project and its Backers 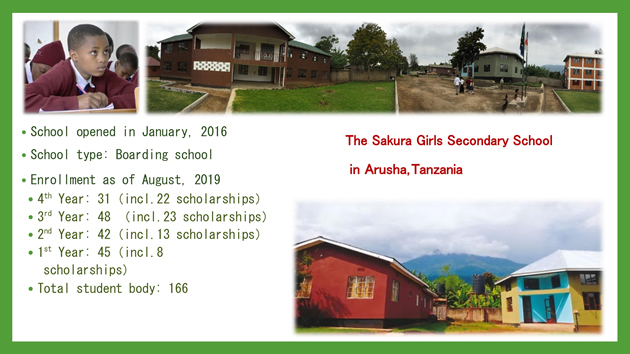 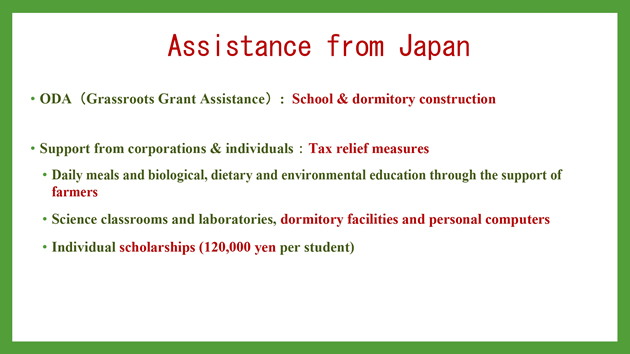 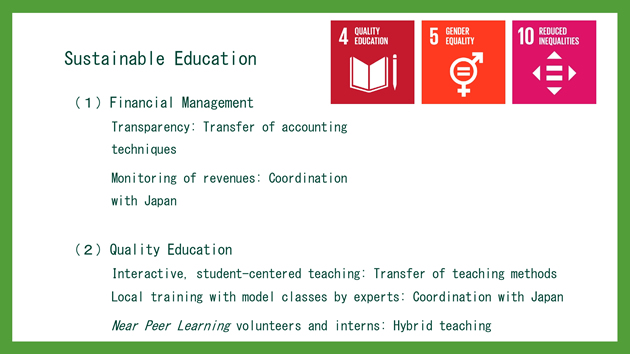 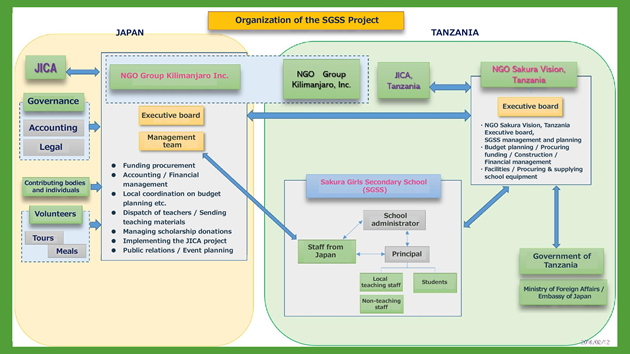 Programs are primarily selected according to the following criteria:


3. Frequency of Classroom Use

The frequency of use varies according to the educational content and is irregular but tends to average about once or twice a week. The programs are used especially in the teaching of electrolysis and acidity/alkalinity in chemistry, blood circulation, digestion in biology, and other subject areas where the practical work or experiments are difficult either to perform or to observe.
In the case of classes about Japanese culture, an introductory DVD to Japan is screened at the start of the lesson to stimulate the students’ interest by showing them aspect of the Japanese lifestyle, customs etc. that are new to them.

The students have a weekly library period during which they can watch any program of their own choice. The library has eleven personal computers for viewing the DVD’s but this is not enough for everyone and they are always fully occupied.

As described above, rich and wide-ranging use is being made of the programs. Their classroom use is nurturing the students’ curiosity and, as a supplementary teaching material, they are helping expand the students’ knowledge and understanding. Classes in Tanzanian secondary education tend to be long, consisting of double periods of two units of 40 minutes each, and it is also felt that the programs provide welcome variation for maintaining the students’ concentration. The programs are also considered a particularly valuable teaching resource because the school does not otherwise have such plentiful supplementary experimental and audio-visual materials as would be available to a school in Japan. The use of shorter programs of 10 to 15 minutes in length, such as 10 Minutes of Science, Wonderful Science, is especially high because of their convenience for classroom use.

Further, the programs have also proven their worth as an extremely effective tool for promoting knowledge and understanding of Japan. Aside from the programs concerning Japanese culture, the students are also fascinated by the Japanese aspects of the science teaching programs because they were made in Japan, including, for example, images of the buildings and the clothes people wear.

The students were given a questionnaire asking them which programs they liked best. The five most popular programs are listed below. Programs concerned with life, the human body and Japanese culture are particularly popular.


The students were also asked to write their impressions of the programs. Some of the more striking comments included:

3. Issues and Points for Improvement

4. Other Programs Wanted for the Sakura Girls Secondary School and Tanzania 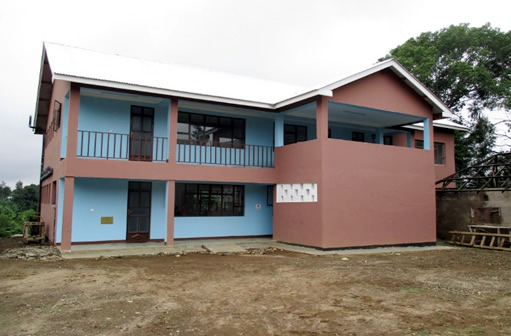 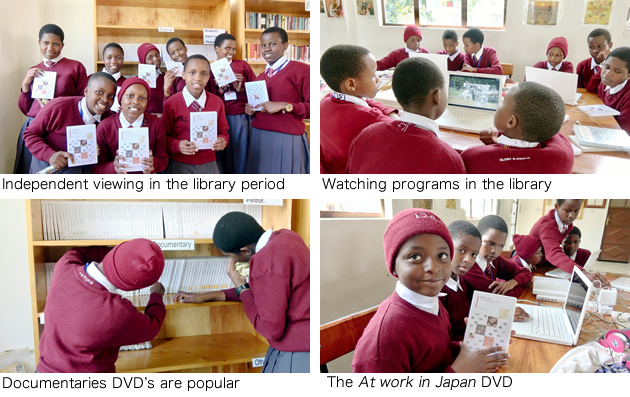