HOME > 28th JAMCO Online International Symposium > Changes in “Education and Media” Observed in the JAPAN PRIZE International Contest for Educational Media: With a prospect for the future of developing countries/regions

Educational Content in the Developing Countries : Its Role and New Possibilities

Changes in “Education and Media” Observed in the JAPAN PRIZE International Contest for Educational Media: With a prospect for the future of developing countries/regions

The JAPAN PRIZE was established in 1965 by NHK, the Japan Broadcasting Corporation, as the world’s first international contest dedicated to educational programs, with the aim of contributing to the advancement of educational programs around the world and the promotion of international understanding and cooperation. Broadcasters in developing countries/regions proactively participated in the contest from the start, which is a notable feature of the JAPAN PRIZE. The 46th JAPAN PRIZE held in 2019 received a total of 288 entries from 54 countries and regions of the world. The final selection was held in November in Tokyo, with an international panel of jurors consisting of broadcasters and experts on educational media, and the Grand Prix Japan Prize (hereinafter referred to as “Grand Prix”) was awarded to Buddha in Africa (South Africa/Sweden).

With more than 10,000 entries submitted to the contest from 1965 through 2019, the JAPAN PRIZE’s experience and history span over a half century, including biennial sessions. With changing times, the contest has been showing to the world broadly that broadcasting and other media can contribute to society in the field of education. The author has conducted longitudinal, multifaceted analyses of the JAPAN PRIZE, based on which this paper summarizes the change in educational programs and digital media content of the world, and examines what roles educational programs and digital content as well as international events like the JAPAN PRIZE* will be able to play for the developing countries/regions, and more widely for diverse countries and regions, in the future.

Note that the background to the commencement of the contest and the detailed findings from the analysis of the trends through the 2017 JAPAN PRIZE*are presented in a separate paper (Kodaira, 2018). 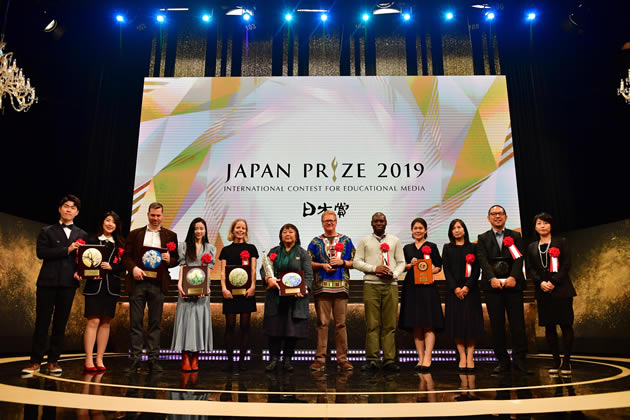 1. Characteristics of the JAPAN PRIZE

In 1965, when the JAPAN PRIZE was launched, Japan had diverse types of educational programs both on radio and television for various viewers, ranging from young children to adults, and over 70% of the elementary schools in Japan were using NHK school broadcasts at classrooms. Meanwhile, globally, it was not rare to find countries/regions with only radio broadcasts. Under such situation, the goal of the contest, “contributing to the advancement of educational programs around the world and the promotion of international understanding and cooperation,” was appreciated by many people, and a total of 185 programs (95 radio and 90 television) from 70 broadcasters in 46 countries/regions were entered to the first contest in 1965—that was well over expectations. This alone suggests that much passion and efforts were exerted for the development of educational broadcasting across the globe.

Thus, the JAPAN PRIZE was established, and has evolved into an international event that looks into the future of education around the world by reforming itself in various ways in responding to the changes in subjects and issues dealt in the field of education as well as in the media landscape. The key characteristics of the contest are as follows. 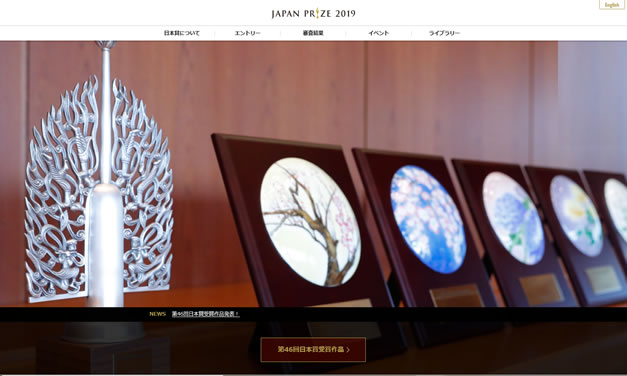 A wide range of information including past data is available.


2. Changes in educational programs and diversification of world’s content observed in the JAPAN PRIZE entries

This paper overviewed the transition of educational programs and digital content submitted to the JAPAN PRIZE from across the world by paying a considerable attention to entries from developing countries/regions. Themes and issues covered in education are expanding as society becomes more diversified, but many people do not have access to these experiences, and therefore audiovisual works that portray and embody difficult-to-understand worlds have a potential to make a significant difference in education. It appears such examples have been increasing in recent years. Furthermore, through the JAPAN PRIZE, the author keenly feels that the world shares a passion for utilizing broadcasting and other available media in education, regardless of differences in educational and production environments, which was reconfirmed in the JAPAN PRIZE 2019.

Many themes of educational programs in developing countries/regions are universal, which has become particularly noticeable in recent years, and many of these programs can be a good reference for producers in other areas of the world. Even more important is finding clues to answer questions such as “What is a quality program/content?” and “How should we use each medium to enhance educational effects?” for the sake of one’s own country or region by learning the trends of educational programs and digital content of the world from a wide perspective, meeting people engaging in productions or research from various standpoints, sharing information and opinions, and deepening relationships with them. The process of translating these experiences into better productions, educational activities, or research activities per se is significantly valuable.

The other point the author would like to highlight is roles played by international co-production initiatives such as FACES, which is presented in Section (3) of Chapter 2. One of the symposia at the JAPAN PRZE 2017 featured FACES as part of an effort to “call for improving education of the world and solving social problems through international collaboration of public service broadcasters,” introducing its activities in detail, and since then the project has developed itself furthermore, with more organizations taking part, and its website improved. As the website’s common format makes it easier for global users to participate by making a two-minute short video each, the project is receiving interest also from developing countries/regions, but it will further need to devise various methods to let more people know about the initiative. The author also hopes for further developments of the project in the future, such as opportunities for participating organizations to share the accomplishment in each country/region with one another and launches of new projects spun off from the initiative.

Appendix Table: The number of JAPAN PRIZE entries by area: before and after the introduction of the Proposal Division

*Table was compiled by the author based on the data released by the JAPAN PRIZE Secretariat after each contest.
*The number of entries since the 30th Contest (2003) includes those submitted to the Proposal Division. In regards to the aggregated number of entries throughout the all 46 contests, Europe has the largest share (34.3%), followed by Asia (31.2%). Before the introduction of the Proposal Division, Europe ranks first (39.2%), outstripping the second-place Asia (22.8%), but the rankings are reversed after the introduction of the Proposal Division, with Asia (39.0%) topping the list, followed by Europe (29.7%).
The table does not show the number of completed-work entries (TV programs and digital content only, not including entries in the Proposal Division) from the 30th to 46th contests to avoid confusion. The total number of these completed-work entries during this period is 4,554 (100%), among which Asia has the highest number of entries (1,591) (34.9%), slightly larger than the second-place Europe (1,537) (33.8%), which indicates Asian countries/regions have been actively submitting not only proposals but also completed works.

Kodaira, Sachiko Imaizumi joined NHK (Japan Broadcasting Corporation) in 1977 after graduating from Sophia University in Tokyo, Faculty of Foreign Studies (Major: English Language, Minor: International Relations). Since then till February 2019 she conducted various types of studies regarding the educational use of media as well as children and media at the NHK Broadcasting Culture Research Institute. She studied both the situation in Japan and international trends. She also served as an educational affairs commentator on NHK Radio and TV (2002-2009).
She has been following the JAPAN PRIZE, an international contest dedicated solely to educational content, for over 40 years. She was a member of the jury for the JAPAN PRIZE 2006, gave a special lecture “The Trends of the World’s Educational Contents: Grand Prix Japan Prize Winners Revisited” in 2010 and served as a panelist for the session “‘Engaging’ and ‘Transmedia’: The Ideal Model For Children’s Audiovisual Contents” in 2011 and for the 50th anniversary special session “Bringing the Past into the Future: 50 years of the JAPAN PRIZE” in 2015.