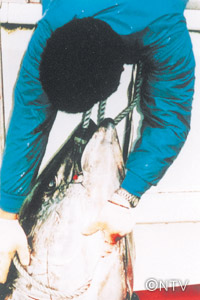 This exciting documentary takes us right into the thick of the tuna-catching action. We follow the efforts of Mitsuyoshi Takeuchi, a stubborn fisherman who is delighted to be joined by his 17-year-old son Ryoji. Very few young men today choose the hardships of tuna fishing over a cosy office job, but Ryoji, with his pierced ears and dyed hair, is determined to follow in his father's footsteps and continue the family tradition. We observe the thrilling moment when Mitsuyoshi can at last cut off the dorsal fin of a huge tuna to present to his son, the latest victor in the eternal battle between men and the "diamonds of the sea." 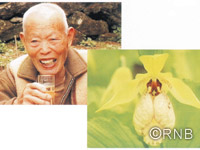 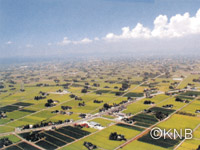 "Sankyoson" signifies a certain type of rural community where villagers'houses are scattered irregularly, with each house situated in the middle of 1 hectare of plowed land. Factors that allowed such beautiful scenery and this unique form of local community to continue existence into this modern age are found in the form of Sankyoson itself. "Houses scattered, separated from each other by 100 meters" indicates the basic layout. A big house called "Azumadachi", and "Kainyo", a thick estate forest surrounding its lot of 500 tsubo, provide each family with perfect privacy free from unnecessary attention from the neighbors. 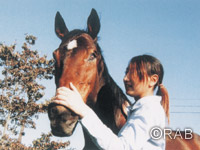 Takara Cosmos was once called a "Queen" in the Japanese Equestrian World. Unfortunately for this champion, the spotlight of fame slowly faded from sight. Five years ago, Takara Cosmos went blind due to an undiagnosed illness. A world without light is full of fear and uncertainty. However, a friendly young voice reaches out to touch her heart and keep her spirit alive. Takara Cosmos finds a kindred spirit in equestrian club student, Kanae Minato. Finally, a new life emerges from the darkness. 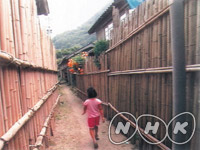 There is a small village on the Noto Peninsula surrounded by a 4m high bamboo fence, called a "magaki". This fence blocks out the strong winds that blow in from the Sea of Japan, and the occupants of this village have a very unique lifestyle. There are 70 people, who comprise 20 households, living in this "bamboo fort". This secluded lifestyle promotes a strong sense of support, which in turn keeps the village's old traditions and wisdom alive.The villagers have developed strong inter-personal bonds and a distinct identity due to their inherent separation from other villages because of their fence. These bonds have helped prevent people from leaving the village, and while the youth of the village may leave to work in cities, most return to carry on their family's name later in life. Strong bonds have helped keep this community's unique identity alive - a characteristic that seems to have been lost in today's bustling modern society.