Trace of the History of Ise Gran-Shrine: Treasures of the Land of the Rising Sun 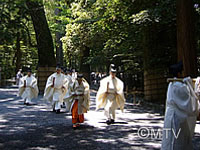 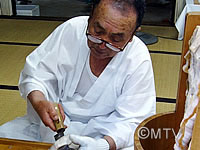 Ise Gran-Shrine in Ise City, Mie prefecture, is thought to be the spiritual home for Japanese, and has been the center of Shinto for more than 1000 years. In 2010, more than 8.6 million people including the young and foreigners visited the shrine, which is the highest number in a century.
Shikinen Sengu is the most important ritual, which is held once every 20 years. It involves the reconstruction of the buildings, as well as renewal of the sacred apparel and the treasures carried to the new sanctuary. Sacred apparel and treasures associated with the deities are offered to the shrine at Sengu held every 20 years from 1300 years ago.
Moreover, local residents who live on the land that once belonged to the shrine have kept working for the shrine by making salt or weaving. This program also introduces the local people’s sincere minds for facing God.