Arita Ware Reborn ～Beyond the Tradition of 400years～ 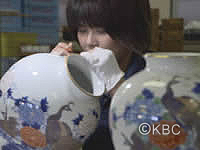 Arita-yaki porcelain wares have been in production for 400 years. They were treasured items dubbed “White Gold” by the royals and nobility of 17th century Europe, but their popularity has waned in recent years.
In an effort to send Arita ware forth into the world again, a grand project was planned. This project was to create never before seen, unique porcelain ware. The potters of Arita chose as the site of the unveiling, the city of Milan, Italy. How would the world respond?
Should they preserve traditions, or go for innovation? This program follows the year and a half of struggles the potters have gone through to resurrect the Arita porcelain ware industry. 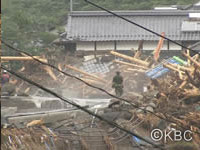 On July 5, 2017, torrential rains over Kyushu unleashed the equivalent of six months of precipitation in just 24 hours. Thirty-seven people were killed in Fukuoka Prefecture, including two rain-related deaths. Two others remain missing.
What happened in those 24 chaotic hours? Our news team studied all 438 calls for assistance made to the Asakura City Fire Department that stormy day. Panicked cries from people desperately seeking help were juxtaposed with the frightening reality that rescue workers were unable to get to them because of the unprecedented heavy rainfall.
A thorough examination of the storm and its disastrous aftermath from various perspectives, including a survey of 100 disaster victims, discovered that the city had not followed its own disaster operating procedures. What disaster evacuation measures need to be implemented to prevent tragedies like this from repeating?
We provide insights.