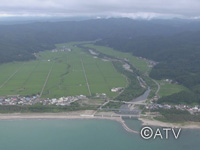 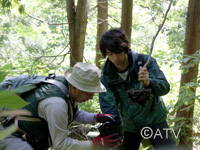 Believe in a Brighter Future: Nature’s Recovery after The Quake 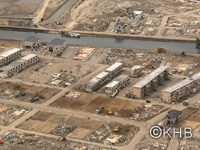 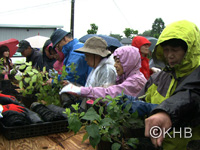 The Great East Japan Earthquake devastated the nature along the Miyagi Prefecture coastline. Will the rich ecosystems that once existed in the bays and estuaries ever return to their original state?
This program focuses on the Miyagi coastline nature through the actions of the people working together to restore it.
The Gamo Tidal Flat was once home to a treasure trove of precious plants and animals; a wetland region spread over 11 hectares at the entrance to the Nanakita River in northern Sendai city.
The bottom feeding animals and other creatures on the flat provided sustenance for the migratory birds, as they rested on their long journey. There were more than 10 species of crabs prior to the disaster, but the population has dropped severely.
However, scenes of rejuvenation were captured, such as the birthing scene of the red-clawed crab and other chance encounters with species thought lost in the disaster.
The Japanese honey bee is a symbol of the verdant Japanese countryside.
The children of Ishinomaki city have built hive boxes from the tsunami debris. These will be set up along the Miyagi coastline by an NPO group to see whether the bees remain active in the disaster area. It's hoped that the production of honey will lead to a rejuvenated economy and job creation in the region.
In the event that they don't attract any bees, there's also another project under way which aims to replant the bees' lost habitats.
In Watari town, locals have begun their dream of rebuilding the lost tide-control forest in a century-long project. 50 participants will take on the challenge of creating a new tide-control forest 400 metres wide and 4 km long.
Their dreams are slowly revealing themselves through the planning and discussions of what shape they'd like the new forest to take. The planting will officially begin from 2015 and beyond. The future trees are now seedlings being cultivated for their future role. The goal is to plant 100,000 hardwood and 100,000 Japanese black pine trees.
Although they will not be around when the next century arrives, the participants are working hard to leave a legacy that will remain for their children in the forest project. 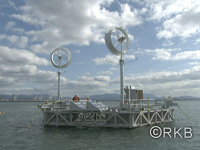 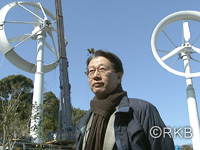 March 11, 2011—the day the Great East Japan Earthquake struck off the coast of Tohoku and caused a serious accident at the Fukushima No.1 Power Plant. Japan, which had relied on nuclear power for much of its energy, found itself at crossroads: how would it secure its energy future?
Coincidentally, this was the same day that two odd-shaped wind turbines were erected in Fukuoka City. The wind-lens turbine, a turbine with a unique brim surrounding its blades, was the brainchild of Kyushu University professor Yuji Ohya. Able to generate three times as much power as conventional wind turbines, it was a dream-inspiring machine. On the same day that Professor Ohya made his case for the need to shift to renewable energy, the Great East Japan Earthquake struck.
Previously, Professor Ohya had erected wind-lens turbines in China to provide energy for desert greenification, but they were destroyed, unable to withstand the harsh winds. As problems like these arose, Professor Ohya and his team resolved them one by one, gradually improving the turbine design.
With very few high wind areas on land, how can Japan increase wind power generation? According to Professor Ohya, the answer lies on the ocean. His dream is to use floating wind-lens turbines to create offshore energy farms. Experiments are now underway, and his team aims to build an offshore energy farm that will someday produce the same amount of power as a nuclear power plant.
This is the story of the researchers who worked tirelessly to develop the wind-lens turbine and the small factory workers who provided the technical support they needed. Above and beyond the goal of solving Japan's energy issues, their undertaking holds a clue for Japan's post-disaster recovery.

“The Soup of Life” Recipes for the Future 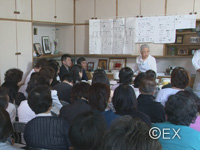 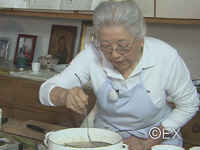 The Great East Japan Earthquake struck in March 2011 and was soon followed by a nuclear accident. Fears of radioactive contamination now mean people are very worried about food safety.
Under these circumstances, the famous Japanese food expert and researcher Yoshiko Tatsumi has a warning for us.
In her writings, Tatsumi asks a simple question: "Would you serve your children and grandchildren contaminated seafood and tell them to eat up?"
Tatsumi has some recipes and a message she wants to leave for future generations.
This program looks at the recipes Tatsumi uses in daily life and in her cooking classes.
She holds cooking classes once a month at her home in Kamakura. These are so popular that they are booked out three years in advance.
"Don't take anything for granted and always put your heart into everything you do." This philosophy, taught to her by her mother, shapes Tatsumi's approach to cooking.
When her father was bedridden with illness, Tatsumi prepared many kinds of soup for him over an 8-year period. These delicious and nutritious soups are now known collectively as "the soup of life." They provide comfort for all kinds of people, from the young to the elderly or ill.
The program introduces 3 dishes from Tatsumi's cooking class: clam soup, asparagus potage soup, and dashi stock made from kelp and bonito flakes.
We can see Tatsumi teaching with the ease and humor of a mother instructing her daughters. This is why she is loved do much by her students. 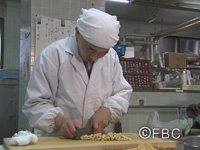 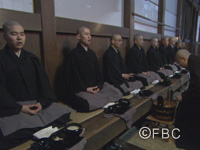 Deep in the snowy mountains of Japan lies Eihei-ji, the main temple of Soto Zen Buddhism.
The temple dates back nearly 770 years ago, when it was founded by Dogen Zenji as a place for ascetic training.
Around 200 monks from all over Japan engage in rigorous training at the temple.
Zen meditation and sutra chanting play an essential role. As Dogen instructed, though, cooking and eating are also part of training.
This teaching is handed down by the tenzo, the priest who takes care of all the cooking at Eihei-ji.
Despite his important position, the current tenzo Ryokyu Miyoshi still cooks in the kitchen with the trainee monks.
The camera follows tenzo Miyoshi as he prepares food at Eihei-ji.
Dogen Zenji wrote down his instructions and teachings about cooking in the tenzo kyokun, or "Book of creeds."
For example, Dogen insists all ingredients are living things, so even a single grain of rice must not be wasted.
In accordance with this, the monks at Eihei-ji try hard not to waste food, with the skin and seeds of vegetables, for instance, being reused to make soup stock.

The food is prepared from the heart with the eater in mind.
Tenzo Miyoshi believes society benefits when food is treated with more care.
This is the essence of Dogen Zenji's teachings, a lesson that continues to be passed on down through the ages.