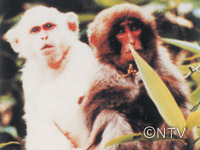 Albino, or "white" animals, such as the famous white tiger, have recently begun to attract world-wide interest. Fifteen years ago, Mr.Toru Endoh, a dentist, became fascinated by the white monkey, which local legend says brings peace to the area. When he first began to study and observe this rarity, Endoh found four albino monkeys, of which the white monkey in this program is the only survivor. By documenting Endoh's years of personal study, this program shows and stresses the importance of protecting the natural environment of not only the white monkey, but all animals.

A Brilliant Flash of Summer 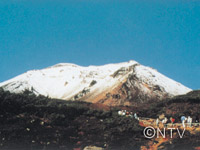 Taisetsuzan National Park in the northern island of Hokkaido is the last great wilderness left in Japan.
Summer in Taisetsuzan is brief but spectacular. The season is so short that as soon as the animals can leave their dens they hastily begin preparing for the next long winter. With the melting of the last traces of snow on the mountains, the vast flower fields burst into bloom. Their glorious colors carpet the peaks until summer leaves Taisetsuzan.

Marching through the Forest – The Ants of Panama – 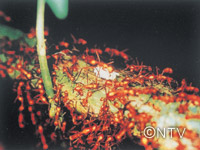 Barra Colorado Island in the Panama Canal is a world-famous center for the study of a tropical rain forest which is still preserved untouched. This documentary portrays the army ant and the leafcutter ant, both of which form societies bearing close resemblance to those of mankind. Scientifically video-taped for the first time, the portrayal of the army ant possesses high academic value. 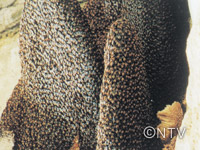 For more than 10,000 years in Himalayan villages near Tibet, people have risked their lives to harvest honey. All the villagers assemble to take the honey from the gigantic beehives suspended on cliffs 2,500 meters above the ground. After the harvest, the honey is divided equally among the villagers. Together with the strange manner of harvesting the honey, this program portrays the manners and customs as well as folklore inherited in this secluded part of the Himalayas. It also considers the ideals of a community, which seems to have been lost in modern society.

Deer and Mankind – Past, Present and Future – 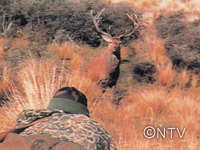 Since ancient times, human beings have had a special relationship with the deer. And in forests worldwide, the deer is king, protected and revered. Yet there exists a paradox: humanbeings' natural desire to protect the earth's wildlife versus serious environmental concerns related to the very animal in question. In order to discuss how humans associate with nature, author and naturalist C.W. Nicol visits forests and explores the life of the deer in New Zealand, Scotland, and Wales, as well as Japan.