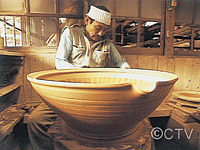 Master potter Takahiro Ohta of Koishiwara, a small town with a rich pottery tradition, demonstrates the arduous process of making a large mortar. Though losing ground to electric mixers, these mortars are still valued for their utilitarian charm, and Ohta's son plans to carry on the trade.

The Unsung Experts of Japan | Doncho – The Theatrical Curtain Weavers – 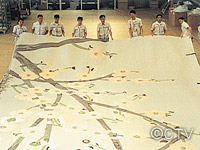 The Japanese dramatic art of "Kabuki" is steeped in tradition, extending even to the curtains used: elaborate "doncho" curtains are woven by hand with seasonal motifs and weigh up to a ton. Meet the many craftsmen involved in their construction and discover the work that goes in before the curtain goes up. 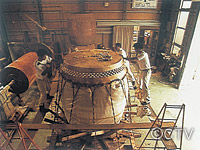 The "taiko" is more than merely a musical instrument--this large drum has its origins in religious ceremonies and holds the power to inspire awe in the listener. Witness the painstaking process of crafting a "taiko" drum as demonstrated by the Asano brothers of Ishikawa Prefecture, heirs to a 400-year-old family tradition of drummaking.

Japan in Focus | Come to the Sea 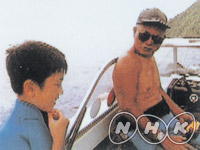 Japan in Focus | Joys of the Circus

The joyous craft of making people happy is in sad decline in Japan, as circuses have lost much of their former popularity. Veteran clown and trapeze artist Kenichi Yamashita may be one of a dying breed, but he gamely passes his skills on to a new generation.