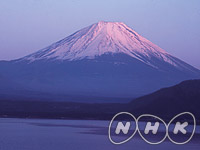 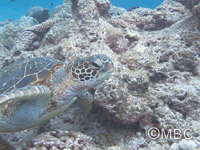 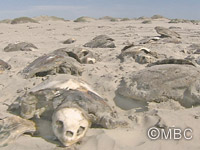 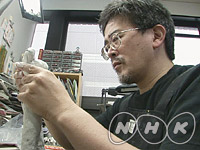 Japan is acquiring a global reputation for sculpted plastic figures based on fantasy characters and items found in the pages of manga and on screen in anime. One leading sculptor of so-called "bishojo" figures -- statuettes that depict fan-favorite fictional beauties -- has made himself a legend in the field with his extraordinary mastery of this craft. He goes by the name Bome. This program takes you inside Bome's studio and explores the secrets of bishojo figure modeling. Host Toshio Okada, himself prominent in the figure subculture, guides viewers through the history of the medium from its origins in plastic kit models through its emergence as a flagship of Japanese pop culture's global onslaught. Interviews with artists and intellectuals including Takashi Murakami, Hiroshi Aramata, Goro Yamada and Noriyuki Ueda help illuminate this unique medium that juxtaposes fandom, craft, and art, within the larger context of Japanese culture. 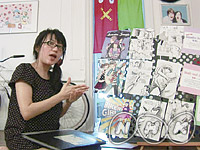 A Japanese girls' comic artist is gaining attention in New York City. Misako Takashima a.k.a Misako Rocks! has released three comic series through a major publisher. The secret to her popularity is that she writes her comics in English and most of her characters are American. In order to depict a realistic portrayal of American high school life, Misako interviews many local students. She has never worked as a professional comic artist in Japan. With her characteristic vigor and unwavering dedication, Misako has seized her chance to succeed in the United States. This program delves into Misako's private life and professional career as she continues to fight for recognition. 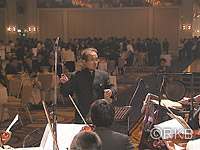 Mr. TAHARA lost his tongue and vocal chord because of the operation of lingual cancer. Although his career as a professional hornist was closed, he was put in charge of the conductor for a university orchestra.
The members of orchestra is trying to follow his letters on a whiteboard, the expressive facial expressions, and big gestures...the lesson is always full of excitements.