Masters of Their Profession

The documentary series with a new angle sheds full light onto first-rate professionals from various fields that have become a class of their own. The program, with footage that focuses on the professionals at work, invites them to the studio for interviews.

A Farewell to Arms and Hatred

The More Mistakes, the Better Life Gets : Takao Furuno-farmer

Devote Everything to the Beauty of a Split Second : Pyrotechnician 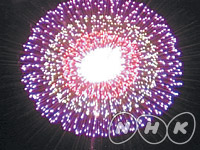 Dogs are partners in the Life 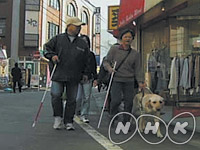 Each year, Satoru Tawada one of the best guide dog trainers in Japan, has trained more than 200 guide dogs.Every dog entirely obeys Tawada, who is known for his ability to speak the dog language. He is now in charge of a guide dog trainers school in Kanagawa Prefecture. In February 2007, he performed a joint training where he and his students introduced a guide dog to a visually impaired owner.

The Depth of Life sets the Caliber of the master : Miya-daiku 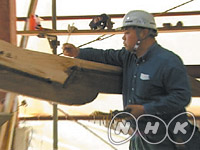 Kyoji Kikuchi is one of the best "Miya-daiku"s in Japan. The word "daiku" in Japanese means a carpenter. "Miya-daiku", however, specialises in shrines and temples. Kikuchi has been engaged in numerous wooden structures, which includes building the main hall of Motsuji Temple, designated as one of Japan's special historic sites. With traditional skills, he completes buildings which can weather the hardships for hundreds of years. This documentary focuses on his spirit and attitude towards work as a craftsman, and at the same time, as a leader.