The program aims to educate children about music in an entertaining format. Each episode takes place in a “musical mansion” where Bravo, a frog with expert musical knowledge, guides his three pupils Kumiko, Sora and Hinata through exercises in listening to music, playing musical instruments, and ensemble playing. Engaging elements such as pop quizzes, musical experiments and animated music scores entertain the viewers as they learn. 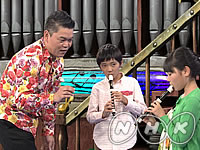 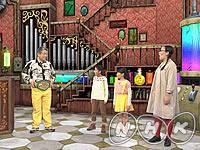 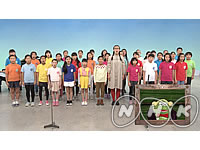 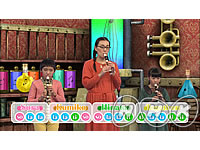 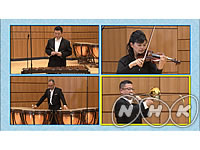 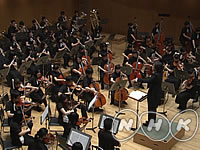 (1.Learning to Play the Recorder Well)
The recorder expert visits the mansion again to give the pupils additional technical tips for playing high and low notes so that they can perform a more advanced tune.

(2.Singing with Clear Resonant Voices)
An expert vocalist is called in to provide the pupils coaching on how to produce clear and resonant voices and sing especially the high notes smoothly.

(3.Harmonizing is Fun!)
The pupils get together with the NHK Tokyo Children Chorus to learn how to effectively practice singing harmony parts so that they can sing in a well-coordinated chorus ensemble.

(4.Creating Melodies is Easy!)
Bravo challenges the pupils to compose their own melodies. By learning how to align the notes to create musical tension and resolution, the pupils create and perform an original tune.

(5.Let's Explore the Devices of Music!)
The pupils listen to some orchestral music, and with the help of professional orchestra members, get to understand how the various musical instruments are played to create the total musical image.

(6.Let's Visit an Orchestra!)
Sora and Hinata go to interview the players and the conductor of an orchestra to learn the fun and appeal of playing music in an ensemble. Then they listen to the orchestra in a concert performance. 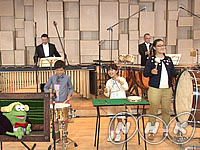 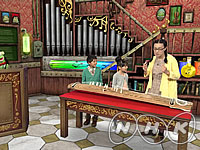