On the Road to Enlightenment 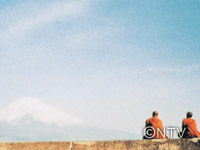 After ascetic training at an international monastery of a Buddhist sect in Thailand, two Japanese returned to their home country and began their "tudong", a journey of spiritual enlightenment. In conformity to 227 religious commandments, they traveled by foot from Tokyo to Hiroshima.
The program follows the priests on their walking journey, conducted in strict observance of religious commandments. 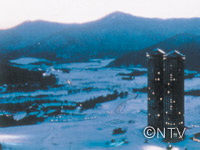 The so-called "leisure" boom in Japan has brought the development of many resort areas thoughtout the country. The hotel opened in Kunigamison, Okinawa, is a complex made up of cottages which were converted from residences attached to a former U.S. military base. This documentary shows how, through careful planning, each hotel coexists with nature and enables guests to enjoy physical and mental repose. 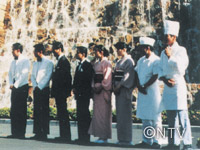 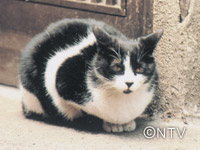 This documentary captures the interaction between human beings and stray cats in the concrete jungle of Kabukicho. Using hidden cameras, this is a fascinating record of a stray cat society that lives out its rituals virtually unnoticed by the teeming crowds of human pleasure-seekers in the streets just a few yards away, and the people who work there and care for these animals. It is a story of perilous journeys from roof to roof in search joys and sorrows, and, above all, the struggle for survival. 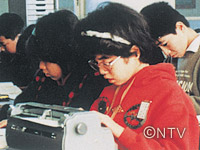 More than 300,000 visually-impaired people in Japan are waiting for cornea transplant operations, but very few people have registered at eye banks as cornea donors. However, Mika Ogawa, a schoolgirl in Osaka, is one of the lucky ones. She becomes able to see for the first time in her life thanks to the good-will of unknown people and a doctor's determination. This is a heartwarming documentary on Mika, her family, and her doctor.