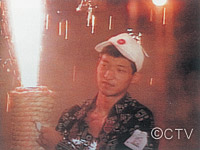 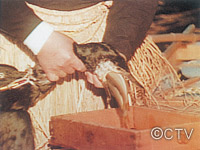 Japan in Focus | Together Against the Wind – Wajima – Noto Peninsula – 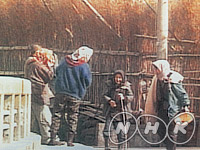 For some people, a fence is not a neighborly thing. The "magaki", or bamboo fences of Osawa-machi on the Japan Sea, however, not only provide protection from the elements and serve as a tourist attraction, they are a symbol of community solidarity. The problem is that there are fewer young people to help maintain them. This interesting program says much about the "graying" of society and the problems faced by communities in preserving their traditional identity. 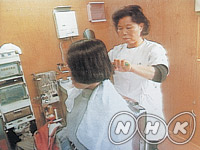 As one can see from the little cluster of temporary structures in one corner of Shiiba in Miyazaki, life in Japan's rural communities requires resilience, perseverance, and even courage. Two years ago, for example, a typhoon destroyed almost everything Himeko owned, including her barber shop. Even so, she is rebuilding her life supported by family and friends. This is a moving portrait of village life in Japan's mountainous west and of one woman's determination.

The Backstreet Cats of Tokyo 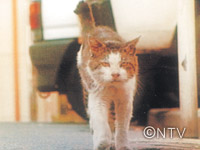 In this wise and witty documentary about the cat-eat-rat world of Tokyo's backstreets, the cats do the talking! First, Taro, the fourteen-year old leader of the gang, explains how his little band of six wives and an expanding brood of kittens has managed to survive day-in and day-out. Then, when the wily old tom disappears, it's his senior wife, Sumi, who takes up the tale, along with leadership, until a younger male can be found. A fascinating program for animal lovers.