The Story of a Stream 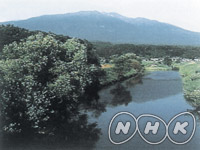 A visual poem depicting the four seasons in the Tohoku region

The Ushiwatari River starts its journey from Mt. Chokai, and meanders along the northern edge of Shonai Plain in Yamagata Prefecture in northeastern Japan, finally emptying out into the Japan Sea. It serves as a source of life and entertainment to the people in the area, flowing through rice paddies and residential areas. The combination of cold mountain water and its proximity to the sea allows the river to provide a unique environment which is capable of supporting both freshwater and seawater life.

The Diving Fishermen of Niijima 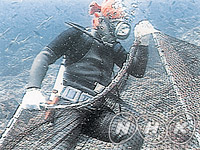 The Izu Islands stretch to the southeast from the Izu Peninsula. The fishermen on the island of Niijima hunt fish. Called "Ogake-ami", this traditional fishing method uses over 30 fishermen to cast nets and close to 15 divers to drive the fish into the net. They hunt schools of fish such as T"akabe" (yellow striped butterfish), "isaki" (chicken grunt) and "hiramasa" (amberjack), catching between one to five tonnes at a time. The fierce battle in the sea can last up to three hours as the fishermen are pushed to the limits of endurance and skill by the treacherous conditions. 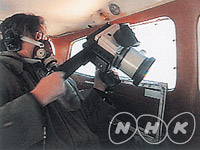 Up close and personal: A bird's-eye view of Japan

Yoshiyuki Akutagawa's photographs - shot from a lightweight aircraft flying the lowest allowed altitude of 1,000 feet - present a unique and intriguing perspective on Japan. Depending on the season, location and altitude the work can be physically demanding and mentally challenging, but the rewards are considerable. Akutagawa's 35 years of experience in this type of work mean that whether photographing nature or people hard at work and play, these shots offer an unusual angle of what makes Japan the country that it is. 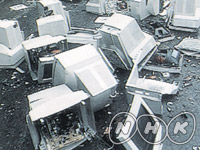 As faster, more sophisticated computers inundate the consumer market, the question of how to dispose of old, unwanted PCs has become an environmental headache which threatens to overwhelm both ecologists and scientists. Computer makers have set up environmental control departments to collaborate with engineers who control production and design so that discarded computers can be broken down into components for recycling. However, demand and the diversity of models makes massive recycling ineffective. 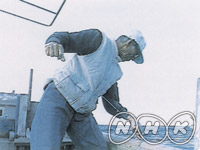 The fishermen of Saga-no-Seki in Oita Prefecture have taken destiny into their own hands, by bypassing the established distribution and marketing routes. These fishermen employ a special method to catch the saurel and mackerel. The fishermen use "hand-lining" fishing, aiming for a spot known as "Se," where the saurel and mackerel are most likely to gather. To promote their special methods and efforts, the townspeople have registered their fish under a brandname and supply their catch directly to clients.