Town on the Brink : The Struggle for Recovery 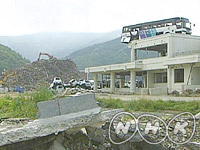 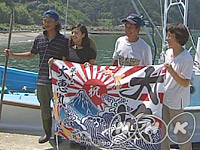 The city of Ishinomaki in northeastern Japan has sustained tremendous damage in the wake of the Great East Japan Earthquake that struck on March 11, 2011. Ogatsu, a town outside the city center, is at risk of disappearing from the map due to slow progress toward recovery. The town used to be the site of scallop and oyster farming but following the disaster, eighty percent of the population that once exceeded 4,000 left, as the residents were no longer able to support themselves. Results of a survey showed that more than half of residents who responded wish to return to Ogatsu. To realize this, construction of public facilities such as schools and job opportunities are crucial, particularly for young people, who would play an important role in recovery efforts. However, the local government has yet to propose a recovery plan for Ogatsu. This program follows residents of Ogatsu for three months from July 2011. Tetsuichi Yamashita, who used to run a variety store in a village, shared a temporary shelter with the few remaining people. They stuck together for a while despite the inconveniences, but one by one they left the shelter due to reasons such as losing a day labor job. Yamashita watched them go, saying he feels the tsunami has taken away their friendships too. With Yamashita as the last person to leave the shelter, another village was gone. Meanwhile, local fisherman Hisao Yamato has been devoting effort to resuming fishing with his only son. Yamato also set up an organization to help residents rebuild the town on their own. "If only one person had remained, we couldn't have done anything. Lots of people stayed and supported each other. That gave us the energy." says Yamato. This is the story of people struggling to regain a peaceful life in a town on the brink.

The “Miracle” of Kamaishi – The Children Who Survived the Tsunami 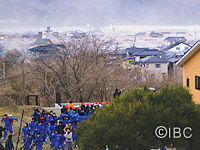 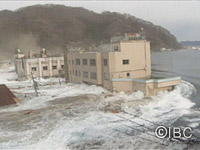 The gigantic earthquake that rocked Japan on March 11, 2011, triggered a devastating tsunami, claiming many precious lives. However, in one area, roughly 600 people evacuated together and lived to tell the tale - the Unosumai District of Kamaishi City, Iwate Prefecture. All students and faculty who evacuated together from a middle school and an elementary school, both right near the ocean, were able to escape the tsunami's deadly clutches. Their story became known nationwide as the "Miracle of Kamaishi."
Though the word "Miracle" is meant to praise the survivors, students and faculty of the middle school feel that it makes their survival sound incidental, and does not adequately describe what happened.
"Our survival is not a miracle." What makes them say so? How, then, were they able to survive? Through their own testimonies, we trace their footsteps on that fateful day, to unveil the true nature of the "Miracle" of Kamaishi.

Tough It Out – The Survivors of The 2011 Great Sanriku Tsunami – 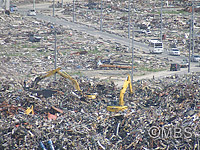 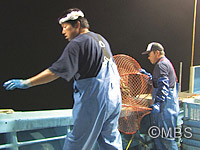 Minami Sanriku is a port town surrounded by the sea and mountains on the Sanriku coast in Miyagi Prefecture. On that fateful day on March 11, the giant tsunami washed away nearly the entire town. Over 550 people died and many are still unaccounted for.
Since the disaster, the highest priority in town has been the construction of temporary housing. The town's head of the construction section has worked nonstop to move the citizens out of evacuation centers like the school gym to temporary quarters of their own, and has moved into
his makeshift municipal office in order to oversee the work. He and his crew are striving to find housing for all of the roughly 1900 families in time for the O-Bon season in August.
In July, fishermen take to the seas once more to catch seasonal octopus. There are others who are considering giving up oyster farming due to the cost of finding a boat and starting up business all over again. In order to even out the differences in age and experience, the fishing cooperative is encouraging the fishermen to work in groups. Many voice loud opposition to this idea and the difficulties of reviving the town's key fishing industries become painfully clear.
After the disaster, out of concern for the future, many citizens expressed a strong desire to move the reconstruction site to higher ground. The survivors of the town organized early on to make this a reality. But with little cooperation from the government due to budget concerns, optimism has turned to resignation and dismay.
Overcoming sadness, the citizens of Minami Sanriku have moved on, one step at a time. But six months after the disaster, they are wrought with exhaustion and stress, and continue to face many problems.
In this special news program, the courage of the people of Minami Sanriku shines through as they struggle to find a home, a place to work, and hang on to their hopes of rebuilding their lives and their town.

Wonderful Science | Creatures at Our Feet 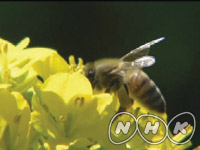 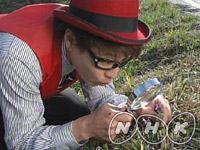 By examining the miniature world at our feet, we will learn about various colors, shapes. 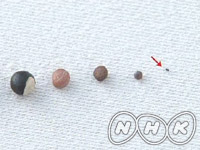 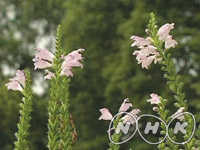 We will plant seeds and watch them germinate. We will discover how they grow.