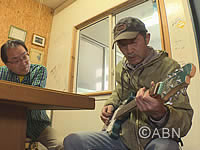 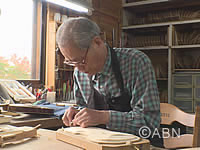 Nagano Prefecture, in the heart of Japan, is renowned for its fine crafts, culture, and natural beauty. It’s also home to many skilled artisans showcasing these treasures to the world. This program ‘Making Music’ introduces such talented residents of Nagano, including some makers who craft guitars and violins for world-famous musicians in Nagano’s manufacturing center of Matsumoto city. It also takes viewers behind the scenes into the workshops where these specialized instruments are crafted, and shows their incredible handmade design and sound. Then, discover a rare analogue record master-making factory, one of only two in the world, where craftsmen continue applying traditional methods to manufacturing analogue records. 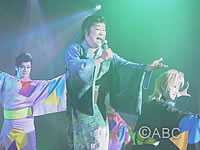 Preserving the Future～The Challenges of Restoring a National Treasure～ 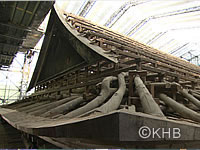 Majestic Zuigan-ji Temple in the northeast Japan is a national cultural treasure. Completed 400 years ago by the feudal lord of the region, Date Masamune, it’s famous as a lavish and glorious example of the culture of the Azuchi-Momoyama period. With ground subsidence now causing its pillars to tilt, Zuigan-ji has been undergoing comprehensive repairs and restorations since 2009, called "the great Heisei restoration." An essential consideration in the repair of Japanese cultural properties is that old and weathered parts must not be replaced and existing original materials must be reused to the greatest possible extent. The restoration's greatest hurdle was to reinforce the structure against earthquakes.

Why Live in Japan!? KANJI “Japanese Characters” is my Pleasure of Life 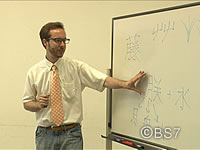 Brett Mayer, from New Jersey, USA. He successfully passed the Level 1 of the Kanji Aptitude test, and became the first American. He memorized more than 6000 Kanji. Brett, who is always thinking of Kanji, loves rare Kanjis on the streets! Brett is also able to explain clearly how Kanji was made. Tourist visiting Japan goes on increasing year after year. Then who knows the splendor of Japan most? It must be a foreigner who decided to live in Japan for life. "Why do you live in Japan?"We will find the reason why Brett lives in Japan. 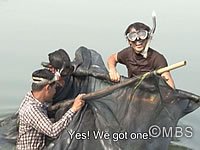 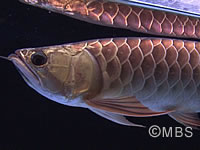 Cambodia boasts nearly 500 species of freshwater fish. More research on freshwater fish needs to be done on a wider scale because so little is known even about the types of fishes that exist there. In his quest to encounter every fish that exists in Cambodia, Tomoyuki Sato, an avid aquarist, has been cataloguing the freshwater fishes of Cambodia with great zeal. At the same time, the Cambodian arowana conservation project has hired him to study the Asian arowana which has been declared an endangered species. We take a fascinating look at this man, Tomoyuki Sato, and his simple and honest desire to “encounter every fish that exists.”