Japan : The Inside Story

Modern Japan is complex and diverse. In fact, when we look at the way "ordinary" Japanese people live, we find that "ordinary" is something of a contradiction in terms. This series offers a multifaceted view of a multifaceted country.

What’s in That Safe? 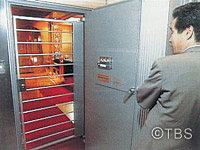 Why Did They Fall in Love? – Older Wives, Younger Husbands – 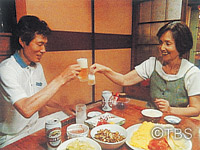 They call them "elder sister" wives. In this program, we meet a dance instructor who is married to a younger and very handsome fitness trainer - and is naturally worried about him straying. Then there is the wife who is as old as her husband's mother, the younger man who married the boss's daughter and adopted their family name, and the funeral home employee who left his wife and children to marry the widow of a man he helped bury. Sadly, the widow was later found to have cancer.

Taking Over the Family Business 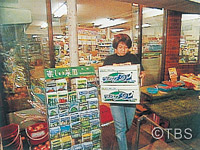 Traditionally, the eldest son takes over the family business in Japan. But recently things are changing. In the case of a tofu maker, it is his son in law who succeeds to the business. When the owner of a fish store falls victim to kidney disease, all three of his children pitch in to help. In one fishing family it is the daughter who takes over. And there is the eldest son of a farmer who must choose either to run the family farm - or to do what he really loves - making charcoal.

The Girls of Summer 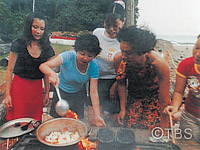 In their uniforms, Japanese high school girls may look the same but in fact they are all individuals and each has her own way of spending the summer. One girl spends the summer dreaming of becoming a stylist for models. Another does volunteer work at a hospital. Still another is studying hog farming and must cope with the death of a favourite pig. Perhaps most impressive is the 15-year-old who suffers from lifethreatening anemia, yet is determined to become a social worker.

Two for the Road 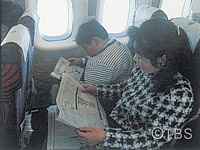 You will meet a mother travelling with her son who will enter a prestigious high school in Kagoshima. Another mother is travelling with her son - who is entering a high school for "problem" students in Hokkaido. There is a husband and wife driving to see their daughter off when she leaves for the Big City, a woman travelling to Tokyo to find her long-lost husband, and some cancer sufferers. This program provides a range of views of the human experience.

A Bus Journey to the Deep North 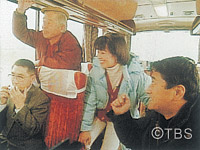 Since not many people know much about Japan's North Country, Michinoku, in winter - not even the Japanese - three intrepid reporters decide to do a travel story the hard way, boarding a local bus in Tokyo and traveling north. It is a long and chilly journey and the group suffers various hardships, but along the way they meet a lot of interesting people including cheerful ladies at the morning market, dog breeders and others whose warmth takes some of the chill out of their bones.

It’s on the House Who says you can't get something for nothing? Of course, sometimes there are strings attached: one restaurant offers free meals - free if you can finish the extra-huge helpings; a certain cosmetic surgeon's services are free, too - if you do not mind your "before" and "after" shots in magazine ads; and a used-car magazine raffles away a car a month. Still, there is a taxi driver who drives the physically handicapped to hospital free of charge. Some things really are free. 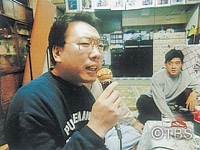 The Best Water in Tokyo 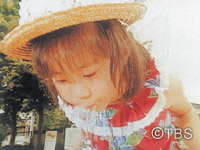 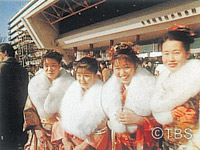 Like many large cities, Tokyo never really sleeps. This is a city whose night people are as various as they are interesting: there's a locksmith who makes house calls; a man who posts signs - illegally - under cover of darkness; a couple working the night shift to pay off a debt; a young man working his way through school by waking up limousine drivers; and a restaurateur. The program also shows a late-night florist, a bookstore for night owls, and an after hours public bath.

To Be or Not to Be Japanese

This program deals with various examples of Japanese racial prejudice. The cases include a man of Greek birth who has become a nationalized Japanese citizen but is still regarded as a "foreigner" by most other Japanese; a Japanese rakugo artist of mixed ancestry born and raised in Japan with the same problem; and a South East Asian refugee who has lived here for fourteen years and is refused citizenship because his daughter is caught riding a motorbike without a helmet.

The Artistry of Japanese Cuisine

The basic techniques of Japanese cookery are slicing, grilling, deep-frying, and kneading, but - as this mouth-watering program shows - it is all a matter of taste. The chef at the Imperial Hotel attributes his mastery of French cuisine to skill in slicing; for the owner of a Kyoto restaurant the essence of traditional cooking is grilling; tempura cooks say their art lies in the deep-frying; and dumpling makers testify to the importance of kneading and grinding.

This light-hearted but informative program gives us a look at Tokyo's equivalent of Fifth Avenue: Ginza, home to shops and restaurants as exclusive and luxurious as any in the world. Among the hidden treasures known only to discriminating insiders are the Kiyota Sushi shop where there is no sign and a single meal may cost as much as $500, a traditional clothing store where only perfection counts, a master craftsman who works with gold leaf, and a modern-day geisha.