A Dancer Bringing the World in Step 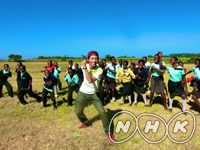 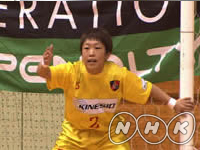 Working as a Tunnel Excavation Foreman 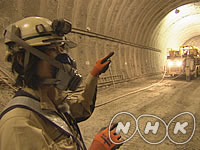 26-year-old Chiaki Nagai is living her childhood dream of working on a construction site. A modern girl with a stylish bob and a love of nail art, she lives in an on-site dorm and leads a team of 40 men working on a major tunnel project. And away from the digging, there are always piles of paperwork waiting for her back in the office cabin.
Since becoming forewoman in late 2015, Nagai has worked hard to gain acceptance among her male colleagues, but has faced a unique set of hurdles. She has to direct industry veterans who are old enough to be her father, and in the hazardous construction environment, when her orders put staff in danger, Nagai faces some harsh criticism of her own. We follow Chiaki Nagai, balancing joy and anxiety as she works towards her eventual goal of running an entire site.

Working as a Blacksmith 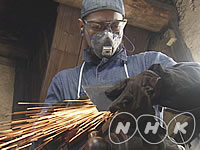 Akiotacho is the least populous town in Hiroshima prefecture. Here, in his workshop along the local shopping arcade, 29-year-old Kazuyoshi Akita silently pounds metal. He moved to the town four years ago to open a smithy. Though he attended art college with the dream of becoming an artist, it was in one class that he realized how the most beautiful items must also have practical uses.
Having already decided to craft tools instead of artworks, Akita found an online article about a blacksmith who was looking for a successor before he went out of business. Picking up the mantle, he inherited tools, a workshop, and a client list, setting up his own business without investing any money at all. Every product, mostly consisting of farming equipment like hoes and machetes, is made to order. And despite concerns about his fluctuating income, Akita finds pleasure in working with his beloved metal.

Working as a Public Bath Owner 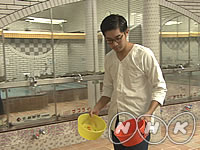 25-year-old Yusuke Minato recently took over the management of an 80-year-old bathhouse in Kyoto. A love affair with Japan's public baths that began while he was at college has since seen him visit more than 600 nationwide. After graduation, his interest in fashion initially led to a job with a clothing firm. But he quit to take over the historic bathhouse in a bid to stop such sites from disappearing.
What Minato loves most is the communication between strangers that public baths encourages. But along with a wealth of history the bath he is in charge of has a lot of equipment that needs repairing! The daily cleaning and collection of firewood is a lot tougher than he expected. But Minato's fierce desire to protect these public spaces helps him overcome such problems as he continues in his efforts to revitalize Japan's public baths.

Working at a Local Airline Company 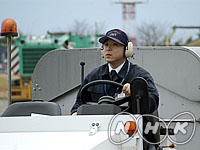 In Amakusa, Kumamoto Prefecture, there is “Japan’s smallest airline company,” whose entire fleet consists on just one plane. The subject of this program is Yuki Kaneko, 24, a member of the ground crew.
Working for such a small company, he wears many hats. Kaneko was born and raised in Amakusa, but actually had no intention of working in his hometown. What sort of life does he see himself leading here?

Working to Support the Great East Japan Earthquake and Recovery 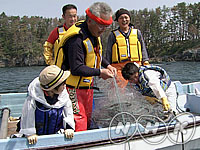 Our subject is Takuma Kato, 26, who heads a support organization in Kesennuma, Miyagi Prefecture. Immediately following the Great East Japan Earthquake, he entered the Karakuwa area of Kesennuma as a volunteer.
Kato has worked part time at the city office, while carrying on his activities as head of his support group. His first objective is to get the cooperation of local fishermen in starting up “fisherman-for-a-day” tours for tourists. But with no knowledge of the tourist industry, he encounters problems one after another. Will the tour be a success?

Working as a Meteorologist 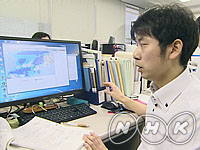 Our subject is meteorologist Yuu Sato, 29, who works at a meteorological service company. He is in charge of developing weather predicting systems, which have garnered great reviews.
However, his association with a new apartment mate has caused a little bit of self-doubt to emerge. “Is job satisfaction all that life should be about?” Inspired by his roommate, Sato had started to search for the “satisfaction” that he had not been able to find in his job.