Targeting children in higher elementary school grades, this is a scientific variety show combining studio recording and reports. The show is presented by five hosts including three children as well as one guest. 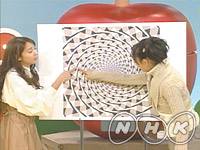 A circle that's supposedly there disappears! A light that's supposedly not there shines! This program focuses on such visual illusions. When a hard pencil is quickly swung like a seesaw, it looks like rubber. The secret lies in our limits of "eyesight". The program also introduces the visual illusions we see when our brain perceives "depth". When the picture of a crater is seen upside down, it looks like a dome. Our preconceived knowledge that sunlight shines from above affects our visual perception. This episode takes the viewers into the wonderful world of visual illusions. 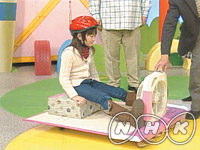 By scientifically analyzing the techniques used by schools that participated in the competition, this program discusses scientific principles such as "Why does a brush robot move?" and "How do you make a brush robot move faster?" through various experiments. Also, the guest Ichitaro Koshi brings to the studio a giant brush robot children can ride on!

Unraveling the Secrets of the Shinkansen’s High Speed! 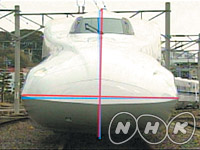 Riding on a shinkansen is fun for every kid, whose most attractive feature is its maximum speed exceeding 300 kilometers per hour. This program focuses on the secret that makes it possible to achieve such amazing speed. It features the technologies allowing the shinkansen to turn corners without slowing down, the shape of its "face" that reduces air resistance to the bare minimum, as well as the shinkansen of the future aiming at becoming the fastest in the world. It also introduces the developed noise and vibration prevention technologies necessary for the pursuit of speed in a densely populated country.

Unravelling the Secrets of the Moon Rabbit! 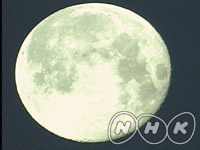 The moon is the closest celestial body to the earth. However, surprisingly not much is known about the moon. What exactly is the pattern that's called a rabbit in Japan, a girl in China and a crab in Europe? In-depth studies revealed a spectacular theory about the origin of the moon! This program also introduces Kaguya, the lunar orbit explorer launched in September 2007. From the most common questions about the moon to its latest research discoveries, this episode unravels the secrets of the moon, the only other celestial body humans have set foot on! 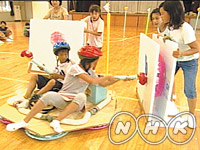