Bonds Born Through Football – A year with 2 Coaches 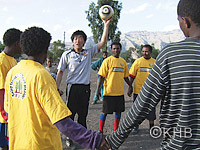 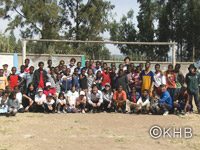 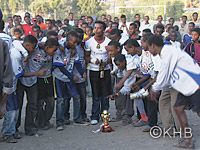 Vegalta Sendai makes its home in Sendai, a city known for its greenery. In the subdivisions of this club, there are 2 young coaches who coach children in hopes of cultivating them into professional football players. ( These 2 coaches are Coach Kazunori Inoue and Coach Naoto Fukuda of the Sendai Vegalta Player Development Division. ) In January of 2011, these 2 coaches took a trip to coach football to children in Ethiopia. With a population of 80 million, football is very popular in Ethiopia. When you ask the children what they want to be when they grow up, they answer almost in unison that they want to be pro-football players. The football field of the elementary school the coaches visit first is laden with huge rocks making it a dangerous environment to play in. Their footballs are made from old clothes being stitched together so when the children get the chance to play with a real football, they all run after it excitedly. This is the only way they know how to play football as they imitate what they see on TV. So it was big news when they heard football coaches would be coming from Japan as they do not yet know how an actual football practice is carried out. Their bright eyes fixed on the coaches fill with expectations and hopes. The coaches struggle at communicating to the children drills that can be done with a few footballs to many people like dribbling and passing. At first the confusion the children felt was evident. However, the children gradually began to feed off the coaches' enthusiasm. The joy of playing football with your friends turned the expressions on the children's faces to smiles. The 2 coaches feel the bonds created from football as they head for home. However, soon after arriving in Japan, they are met by a great earthquake and a giant tsunami in their home towns. The Japanese children whose footballs and football shoes were washed away by the tsunami hope for the day they can play football again with all of their friends. The coaches become busy bringing aid to the disaster-stricken areas in hopes of giving the children a chance to play football as soon as possible. In the midst of all this, they receive a message from the children of Ethiopia filled with concern for the disaster and gratitude for what the coaches taught them. 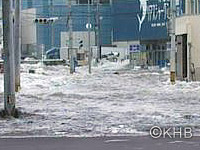 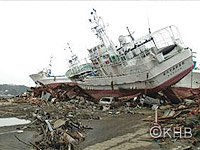 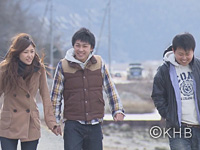 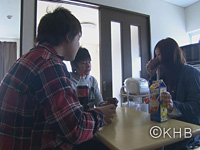 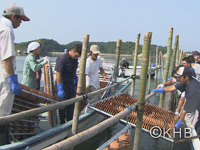 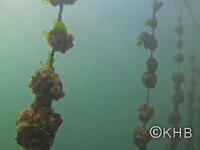 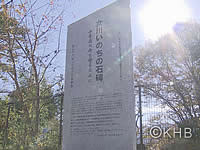