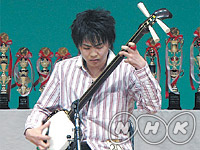 Japan's national competition for Tsugaru shamisen players is held every May in the northern city of Hirosaki. Most of the competitors were in their teens or twenties. Young players are revolutionizing the world of the shamisen. Having grown up with jazz, rock, and other modern music, they've developed new playing styles-sometimes even adapting guitar techniques-to dramatically expand the range of expression that's possible with the three-stringed instrument.
In "Young Masters of the Shamisen", we spend a month with three young players as they prepare for the 2006 national competition and gather in Hirosaki City to join the battle for the title. 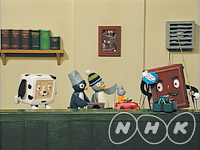 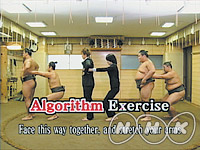 Structures full of wonders, interesting ways of thinking and various laws are hidden in our daily lives. For example, a box becomes a flat piece of paper; there are various units to count different things; something that rotates always has an axis, to name a few.
This new TV program series introduces such 'surprises' for children, which helps them see things in different ways once they understand them.
The purpose of this series is to bring up children's thinking power.


1. This Will Make You Stronger
2. All You Need Is One
3. It's Shaped That Way On Purpose
4. Which One Is Moving?
5. You Can Figure It Out By Vertical and Horizontal
6. You Can Compare Them This Way
7. Reasoning Logic
8. A Device For Gathering
9. Choose From A Sample
10. Why Is It Bumpy?
11. It Can Be Used Anywhere
12. A Device That Makes Things Easier To See
13. A Device That Prevent You From Making A Mistake 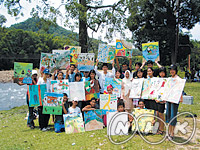