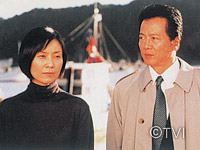 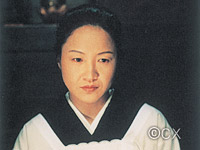 Noted calligrapher and psychiatric counselor Miki Tenkai has brought together stories that depict the important moments in the lives of ordinary people. The drama is divided into two parts. The first, "Hands," is autobiographical and takes place in the 1960s with Japan's emergence as a world economic power as the backdrop. The story focuses on the plight of one family whose father has recently died, 1eaving the family in difficult financial straits and posing the question of whether the daughter should quit school in favor of working to support her family. "Brow" depicts a young woman's life with her father and bedridden grandmother after they are abandoned by the mother.
At the age of 45, Tenkai took up calligraphy and her philosophy is: "when you put pen to paper, you can't go back and make changes. The same is true in life." 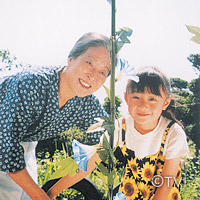 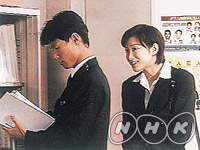 Women cops take on the world

Based on real-life experiences, this series focuses on a female police officer who transfers from the marching band to the "Light Winds." Recovering from a failed romance, Umiko Torii struggles to be taken seriously among her peers and her superiors in this very demanding job. Umiko initially makes every mistake in the book as she attempts to track down burglars, arsonists, rapists and murderers before finally succeeding. Produced in cooperation with the "Light Winds" squad. 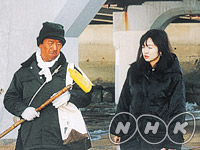 One heart's journey to peace and recovery

This drama revolves around a young woman's attempt to reassert herself following the death of her boyfriend and finding herself trapped in a seemingly no-future job. Akiko's journey takes her to Shinichi's hometown, where she intrudes on the lives of his father and younger brother, who are puzzled that a stranger should take such interest in their personal decisions. It is not until the father finds Akiko's lost chinquapin leaf, given to her by Shinichi, that the hidden story of their relationship and the sadness his death has brought to all unfold.