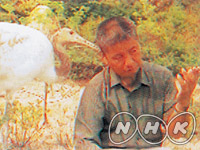 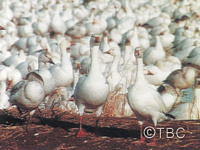 The Mystery of Pearls 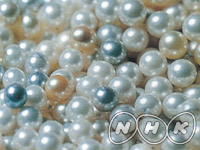 What is the only gem that does not require cutting, grinding or polishing? The pearl, of course, and of the some 100,000 kinds of shellfish, only six can be used to produce these lustrous natural jewels. One of the best known pearl oysters is the Akoya variety which produces smaller pearls of superb shape, color, and luster. This program explains how pearls are produced, why Japanese pearls have that distinctive luster, and why cultivated pearls are superior to natural ones.

Water Sprites of the Skies – Snow Crystals of Mt.Daisetsu – 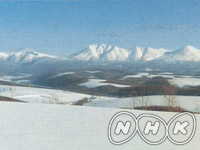 If you are interested in snow in Japan, then the best place for you would be Mt. Daisetsu, which the locals like to call the "roof" of Hokkaido in the north. This program, however, is less concerned with the vast snowy vistas of the mountain itself than with the ever-changing microcosmic world of snow crystals.
The background music is particularly impressive, featuring the clear tones of the Irish dulcimer.

The Mountains Are Dying 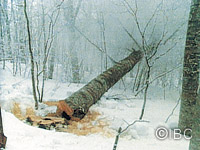 Deforestation is destroying the beauty of Iwate Prefecture, which is home to some of northern Japan's most breathtaking scenery. In fact, mountain logging is having a disastrous effect on the whole ecosystem: bare of trees, the mountains are unable to hold water, leading to flooding and drought and massive soil erosion. As is so often the case in Japan, the culprit is the bureaucracy - the Forestry Agency, which mandates continued logging despite low demand for timber.